Real World Health Care continues our series on multiple myeloma with a discussion about the cardiac effects of cancer treatment with Dr. Robert Frank Cornell.  Dr. Cornell is the clinical director of the plasma cell disorder program and the director of the plasma cell/lymphoma clinical trial research program at Vanderbilt University Medical Center.

Real World Health Care: What initially intrigued you about the cardiac effects of cancer treatments? 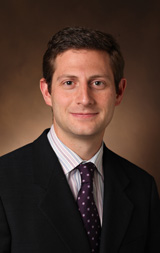 Robert Frank Cornell: I was initially drawn to study cardio-oncology due to some cardiac toxicities observed with a drug used to treat myeloma called carfilzomib. While this drug was found to be very effective in treating myeloma, it had a small but definitive increased risk of cardiac toxicities including heart failure, arrhythmia, hypertension, coronary syndrome and rarely sudden cardiac death.

I continue to be inspired by researching cardiac toxicities because it is through our research efforts we have determined means to both predict patients at risk for cardiac toxicity and mitigate the severity of the effects in order for patients to continue to receive this effective therapy. As more drugs are developed, such as CAR T-cell therapies, there will be ongoing need to understand any potential cardiac risk associated with treatments with the goal of improved patient outcomes and quality of life.

Many Myeloma Patients Already at Risk

RWHC: Can you describe some of the common cardiac complications involved in multiple myeloma treatment?

RFC: Since the average age of diagnosis for myeloma is around 68 years, many patients already have risk factors for cardiac toxicities such as hypertension, hyperlipidemia, diabetes mellitus, obesity and kidney dysfunction. The addition of chemotherapy in this patient population increases the risk of possible cardiac complications.

One of the most common drugs used to treat myeloma is dexamethasone. This drug is a corticosteroid and can result in fluid retention and high blood pressure. Another treatment commonly used for myeloma is high dose melphalan followed by autologous hematopoietic cell transplantation (stem cell transplant). During the course of the transplantation process, patients are monitored for development of cardiac toxicities. It is not uncommon for patients to develop atrial fibrillation (a fib) or have an exacerbation of preexisting a fib during the course of transplant due to the added stress on the heart.

Carfilzomib, as mentioned above, also increases the risk as cardiac complications. The drug class of immunomodulatory/cereblon-binding agents including lenalidomide and pomalidomide increases the risk for thromboembolic events including deep vein thrombosis (clot in the deep veins of the leg) or pulmonary embolus (clot in the artery of the lung). While this is not a traditional cardiac complication, many cardiologists monitor for this since it is thought that the blood vascular system may play a role in the development of these.

The majority of other FDA approved treatments for myeloma have very low risk for cardiac toxicity such as the drug class of reversible proteasome inhibitors including bortezomib and Ixazomib (though there are case reports of cardiac problems with bortezomib) and monoclonal antibodies including elotuzumab and daratumumab.

RWHC: What sort of challenges do clinicians face when treating multiple myeloma patients in terms of minimizing cardiac complications?

RFC: The biggest challenge I see is how best to manage a patient considered to be at very high risk for cardiac complications during the course of treatment. This patient is identified according the medical history as already having a known history of cardiac difficulties. The best strategy to overcome this is with a collaborative cardiac and oncology effort to optimize the patient’s cardiac status prior to and during the course of treatment. This includes optimization of a patient’s blood pressure, cholesterol, diabetes, heart failure, rhythm control and volume status. Should cardiac problems arise during the course of treatment, then prompt evaluation by a cardiologist should be considered, particularly in high-risk patients.

RWHC: How can researchers overcome the challenges they face when studying cardiac complications of cancer therapies?