This week, Real World Health Care talks with Diane Bovenkamp, Ph.D., Chief Scientific Officer for BrightFocus Foundation about the basic science and therapeutic research the Foundation is funding. Dr. Bovenkamp administers and ensures a high level of scientific accountability in the foundation’s research grant award program and scientific review process, and serves as a scientific liaison, fostering strong relationships with grantees, the academic research community, and other like-minded non-profits.

Real World Health Care: It’s estimated that there may be more than 14 million Americans with Alzheimer’s disease by 2050. Why is the prevalence of this disease increasing? 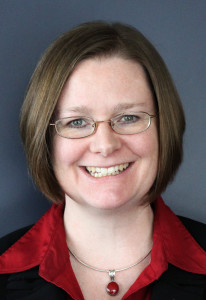 Diane Bovenkamp: Part of it is demographics.  The large, but aging Baby Boom generation is now entering the risk period for this disease.  Each day, an estimated 10,000 Americans turn 65. And with today’s longer life span, this population may be living with the disease for longer periods than in years past.  Alzheimer’s will take a growing toll on families, taxpayers, and the economy.

Another factor may be improved diagnosis of the disease. We can expect that as diagnostic tools get better—and there is less of a stigma surrounding the reporting of Alzheimer’s as a cause of death—we will identify more people with the disease.  These numbers may fluctuate, however. We may discover that some conditions that are currently being called Alzheimer’s disease are actually other types of dementias that are new to us.  In short, the way we look at or diagnose Alzheimer’s may change.

DB: Right now there are no drugs to stop Alzheimer’s, only ones that mask symptoms, at best.  Research is showing that there is no magic bullet or single pathway to attacking Alzheimer’s.  Our understanding of the disease is likely to come from multiple lines of inquiry. And we just don’t have the time to limit the scope of inquiry.

There are a few trends, however, in the direction of new research.  In recent years, BrightFocus has seen a dramatic shift towards prevention studies, or the examination of any activities, foods, or therapies that might reduce one’s risk of the disease. For example, researchers are investigating the ties between reducing Alzheimer’s risk by reducing one’s risk of heart disease or diabetes.  One could say that “what’s good for the heart may be good for the brain.”

Diagnosis or early detection is another area of study.  Because disease symptoms may not appear until decades after the disease has begun, medical scientists have to find ways to detect and intervene early in the course of the disease—which at a minimum may slow or stop disease progression and its symptoms.

Advances in biomarkers, the indicators of a condition, have been huge in the last decade.  Our design of clinical trials is evolving too.  Cheaper, faster, and statistically rigorous designs are being used, and the use of repurposed drugs is also speeding up the discovery process.

RWHC: Where does BrightFocus Foundation concentrate its research funding?

DB: Our research support is investigator initiated, meaning that we don’t dictate what topics to pursue, but offer our support—through a rigorous, peer-reviewed selection process—for any promising research idea from any investigator around the world.  Our philosophy is that we will leave no stone unturned in the effort to end Alzheimer’s disease.

Our funded projects cover the usual range of topics including the roles of Amyloid Beta (ABeta), tau, and ApoE, as well as subjects like vascular factors, inflammation, cell death, bioenergetics, and neuroplasticity.

We encourage researchers to take risks that might not be funded elsewhere.  We “bridge the gap,” by supporting many scientists early in their career, who then go on to receive an average of ten times more funding from larger organizations such as the National Institutes of Health.

BrightFocus is known for its support of basic science, which is critical when we still have so much to learn about this disease. However, we have seen an increase in the study of potential therapies, with more translational (patient care) and clinical research projects each year. Drug discovery and diagnosis were two of the popular topics in our fiscal year 2016 grant awards, which will be announced later this summer.

You can read more about currently active research projects on our website.

RWHC: What are some of the most important Alzheimer’s research breakthroughs that the BrightFocus Foundation has funded?

DB: We funded two researchers who went on to become Nobel Laureates.  One is Stanley Prusiner, M.D., of the University of California at San Francisco (1997 Laureate) for research on how improperly folded protein can lead to disease, which has profoundly affected our knowledge of Alzheimer’s. The other is Paul Greengard, Ph.D. (2000 Laureate), of the Rockefeller University. His research clarified the various parts of the signaling machinery in the brain and thus paved the way for the development of future therapies.

Other milestone achievements by scientists we funded include the initial identification and characterization of mutations in the familial (early-onset) type of Alzheimer’s disease [amyloid precursor protein, presenilin 1 and presenilin 2 genes], and descriptions of the connections between the immune system and amyloid.

RWHC: What are some of the more promising Alzheimer’s research programs you are currently funding?

DB: As I previously mentioned, BrightFocus has awarded more than $100 million to support promising research in fields ranging from molecular biology, genetics and drug discovery to clinical studies and epidemiology. We are currently supporting 74 outstanding Alzheimer’s projects led by innovative researchers, so it’s hard to highlight only a few of them.

Randall Bateman, M.D., at Washington University in St. Louis, is one of the original scientists to have developed a method called stable isotope labeling kinetics (SILK) to study the kinetics of proteins found in the human central nervous system. His SILK detection method for ABeta in the fluid surrounding the brain is currently the gold-standard for clinical studies. We are currently funding Dr. Bateman to develop a tau protein SILK detection method. ABeta and tau are two proteins involved in the progression of Alzheimer’s. By measuring labeled tau, they will calculate how fast the brain produces tau and clears it away.

Recent news coverage has spotlighted the research of Donald Redelmeier, M.D., of the Sunnybrook Research Institute in Toronto.  Leveraging Canadian health care records to examine a population of 300,000, he has been investigating whether use of statins reduces the long-term risk of dementia following a concussion. He is also looking at the connection between suicide risk and concussions, finding that a single mild concussion may triple the long-term risk of suicide.

And two of our funded researchers are looking at the linkage between Alzheimer’s, body weight, and metabolism.  Frank LaFerla, Ph.D., of UC-Irvine, is seeking to understand if the cognitive symptoms of Alzheimer’s and Type 2 diabetes are linked.  Makoto Ishii, MD, PhD, of Weill-Cornell Medical College in New York, is looking at why many Alzheimer’s patients show early weight loss, and trying to understand how ABeta may interact with fat hormones. Success in these two studies could help scientists find early disease biomarkers.

RWHC: What do you see as the major obstacles or challenges facing Alzheimer’s research today, and how is the BrightFocus Foundation helping to overcome these challenges?

DB: The biggest need at the moment is more funding for Alzheimer’s research. We and others estimate that a minimum of $2 billion a year in research funding is needed if the U.S. is to reach the national goal of preventing and effectively treating Alzheimer’s disease by the year 2025. Yet the US government spends far less.  Not only are we losing the potential of new discoveries, but we are becoming increasingly ill-equipped to handle the needs of patients and families touched by Alzheimer’s, along with other major health care costs.

That’s one reason why BrightFocus and other members of advocacy coalitions are working together to educate policy makers that they can’t afford to fund Alzheimer’s research at inadequate levels.  More and more families are becoming advocates for their loved ones with this disease.  We provide advocacy suggestions and publications and other resources to spread awareness of the cost of Alzheimer’s.

RWHC: Whether you are an Alzheimer’s patient or a caregiver, living with this disease is difficult. Why is it so important for patients and their caregivers to have a support community? How is the BrightFocus Foundation helping to provide such a community?

DB: Alzheimer’s disease takes a toll not only on the patient, but also on the health of loved ones and caregivers.  Both patients and caregivers benefit from meeting with others who are going through the same experiences they are. They have lots of questions and issues to address.  We provide a range of resources for families and individuals with the disease on questions to ask their doctor, financial and legal planning, housing concerns, and much more.

BrightFocus also joins forces with other advocates to increase public awareness and understanding of people with dementia.  The new Dementia Friendly America initiative, which started in Minnesota, has as its mission to educate and mobilize communities across the US about the needs of people impacted by dementia.

We have also convened a panel of experts from Johns Hopkins, the University of Michigan, Indiana University, Purdue University Indianapolis, and the Veterans Administration to examine what it means to age at home.  The objective of this Home-Based Dementia Care Panel is to raise awareness of home-based care in the context of a broader dementia care continuum, and to accelerate the development, testing, and dissemination of home-based dementia care interventions.

The panel is sparking discussion on closing the gap between patients and families in the health care system. The goal is to find out what allows people to “age in place with good quality of life and lower caregiver burden.” Something most of us want in our own life.