Editor’s Note: Based on an article originally published in Biotech Primer Weekly.

Hearing your doctor utter the words HER2-positive, HR-positive, triple-negative or BRCA mutation can be devastating — even for the most resilient person. Simply put, all are linked to breast cancer. Breast cancer is complex, and a diagnosis can be caused by all, some, or even none of the factors listed above. 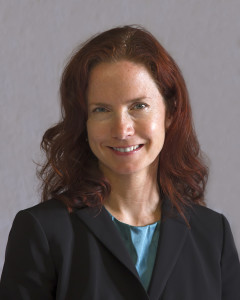 In fact, the National Cancer Institute’s annual report to the nation outlined four molecular subtypes of the disease. Each subtype is categorized by the cancer’s hormone receptor (HR) status and the level of expression from the HER2 gene. These cellular distinctions lead patients on different treatment journeys because the cancer subtype determines the drugs used in a treatment plan.

HER2-positive (HER2+) breast cancer patients — about 20% of all breast cancer cases — have the most highly effective therapies available on the market. HER2+ cancer cells produce, and therefore present, larger than normal numbers of the HER2 receptors on their cell surface. These HER2 receptors capture growth factors, which trigger the cell to grow and reproduce more rapidly than normal. Mutations are more likely with rapid reproduction and thus, a tumor is born.

Overexpression of the HER2 receptor is the result of having extra copies of the HER2 gene, known in the world of genomics as gene amplification. Gene amplification events are thought to be caused by mutations that occur after a person is born — it is not an inherited form of cancer.

Certain monoclonal antibodies can bind to and block the activity of the HER2 receptor on cancer cells. When the HER2 receptor is blocked, the HER2 growth factor can no longer bind and send a growth signal to the cell, so the cancer cells stop dividing. The presence of an antibody on the surface of HER2+ breast cancer cells also signals the patient’s immune system to attack the cell.

Another available treatment comes in the form of an antibody-drug conjugate — a monoclonal antibody that delivers a highly toxic drug directly to HER2+ breast cancer cells. As a normal part of the cell’s lifecycle, cell-surface receptors get internalized or “taken up” by the cell on a regular basis. When the antibody-drug conjugate is attached to a receptor that gets internalized, the toxic payload is released from the antibody and kills the cancer cell internally.

About 70% of breast cancer diagnoses involve a significant number of receptors for either estrogen or progesterone, making them hormone receptor positive (HR+). HR+ cancers may respond positively to treatments that block either the action or the production of estrogen. In some cases, these treatments may continue to be used for up to five years after initial treatment to prevent recurrence.

Two common type of medications for HR-positive breast cancers are tamoxifen and aromatase inhibitors. Both types of drugs may also be prescribed as a preventative treatment in women who are at high risk for breast cancer. In fact, tamoxifen is named on the World Health Organization’s List of Essential Medicines, a list of the most important medications needed in a basic healthcare system.

Tamoxifen works by inhibiting the estrogen receptor. On the other hand, aromatase inhibitors block the production of estrogen by inhibiting an enzyme whose activity is required for estrogen production.

In February of this year, the FDA approved a new treatment for estrogen-receptor positive, HER2-negative breast cancer: a small molecule inhibitor of cellular enzymes known as cyclin-dependent kinases (CDKs). CDKs promote the development and division of cancer cells, and inhibiting CDKs helps to arrest cancer growth.

Triple-negative breast cancers lack receptors — they are estrogen-receptor negative, progesterone-receptor negative, and HER2-negative. Since there are no receptor drug targets, this subtype is challenging to treat, and to date there are no targeted therapeutics. If detected early enough, triple-negative breast cancer may respond well to chemotherapy.

BRCA stands for “BReast CAncer susceptibility gene” and everyone has the BRCA1 and BRCA2 genes. The job of BRCA is to scan cellular DNA for damage and trigger DNA repair processes when mutations are found. BRCA genes are passed down from one generation to the next — a good thing, unless the version passed down is a mutated version.

Mutated BRCA1/2 genes are non-functioning, so they cannot locate DNA damage, nor can they enlist DNA repair. Testing positive for BRCA1/2 mutations may indicate there is an accumulation of DNA damage, which may eventually lead to cancer. BRCA is normally active in breast and ovarian cells, which is why certain mutations in BRCA1/2 are associated with a significantly increase risk of developing breast or ovarian cancer. It must be stressed that BRCA1/2 mutations in and of themselves do not cause cancer; they simply make it more likely to occur.

A new class of drugs known as PARP1 inhibitors gives hope to patients whose breast cancer is associated with non-functioning BRCA genes. PARP1 is a second type of DNA repair protein. By inhibiting this pathway, DNA damage becomes so extensive that the cancer cells commit “cell suicide” (or apoptosis). When the cell in question is a cancerous cell, apoptosis is a very good outcome.