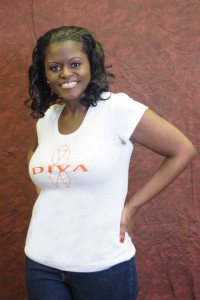 May is Lupus Awareness Month. Lupus is a chronic inflammatory disease that occurs when the body’s immune system is unable to distinguish between foreign illnesses and the body’s own tissue and organs. Inflammation caused by lupus can affect joints, skin, kidneys, blood cells, brain, heart, lungs, and other organs. Although there is no cure for lupus, there are numerous medications that can alleviate its symptoms.

Sharon had just graduated from Florida A&M University in Tallahassee when she received her diagnosis. “I was 22 at the time, fresh out of college,” Sharon said. “You’re taught while you’re growing up to learn your manners, respect your elders, and get a good education. No one tells you about an autoimmune disease that you will have for the rest of your life.”

Nor had anyone told her what having lupus would entail. “I immediately went into battle mode,” she said. “I had graduated from college. I had traveled 1200 miles from my family to make my journalism degree happen, and I was going to fight.”

“But, as soon as I got my fight on, that’s when all the pain started.”

Sharon experienced a flare-up of symptoms. It would be an understatement to say that the rest of that winter was difficult for her. Her hair began to fall out. She suffered from constant fatigue and pain. In the month of February alone, Sharon lost thirty pounds.

After beginning treatment on several different medications, Sharon started feeling better by that summer. One Wednesday during a Bible study, Sharon was asked what she would do if it were her last day on Earth.

“I said I wanted to see the world,” Sharon said. “Because if lupus was going to take me out, then it was going come and find me in Paris on the Eiffel Tower or on a beach in the Virgin Islands.”

By chance, Northwest Airlines (now Delta) had put out an ad to recruit flight attendants. It was a dream job for Sharon. The job provided her with better insurance, and on her off days she could fly to any location on Northwest’s roster. Just as she had hoped, Sharon got a chance to see the world. Amazingly, Sharon started to find that her experience with lupus was helping her have a healthier mindset. “It really made me think of life in a whole different way, and just literally live. Just really get out there and live,” she said.

Sharon eventually moved back to Tallahassee, opening an eyelash parlor and holding down an office job. At that point, she experienced another flare-up. “In October in Tallahassee it is still 100 degrees outside, and I was wearing a wool coat,” Sharon said. “I was so sick.” Sharon packed up and returned to her hometown: Detroit, MI.

Now, too sick to work and without a job, Sharon did not have health insurance. The lupus was attacking her kidneys and the medicine that she was prescribed cost upwards of $3,000 for a month’s supply. Despite pinching pennies to afford her daughter’s medication, Sharon’s mother was willing to refinance her house to save her only child’s life.

That’s when Sharon’s luck shifted. One day, she visited a local lupus organization with the intention of buying a t-shirt, and she ended up walking out with a new job. Her new public relations position did not include benefits but being employed allowed her to purchase health insurance.

Although she had insurance, her share of the payments for her four medications was unaffordable; one of the therapies alone cost more than $1,000 per month. That’s when Sharon found out about the HealthWell Foundation from a Google Alert. HealthWell is a nationwide non-profit providing financial assistance to insured patients who are still struggling to afford the medications they need (and sponsor of this blog). 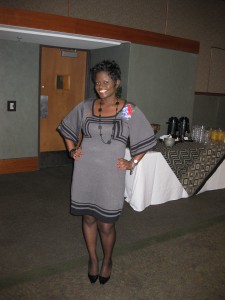 And Sharon wanted to save the day for others like her. She has become a leading activist for lupus awareness, starting her own advocacy group called Lupus Detroit, which offers lupus patients emergency grants. Sharon points out that there are two colors that are used for lupus awareness, orange and purple. She opted for orange for her organization because the color is “louder” and garners more attention. “Lupus needs all of the attention that it can get,” Sharon said.

Sharon is currently in remission and has been doing well since receiving a grant from HealthWell in 2011 that allowed her to afford her medications. “I was inspired by the work that HealthWell does to help people with their medications,” she said. “I just don’t believe that someone should have to choose between paying for their medication and feeding their children.”

And neither do we, Sharon. Keep up the excellent work.

If you are inspired to help, consider raising awareness during Lupus Awareness Month and showing your support. Here are some suggestions:

Has lupus touched your life? Do you have plans to show support during Lupus Awareness Month? Share your story in the comments section.