How does an extra hour of sleep sound to you? How about not having to commute to work every day? Flexibility in the workplace is becoming an increasingly popular perk in business, with 45% of Millennials preferring flexible work hours over higher pay. 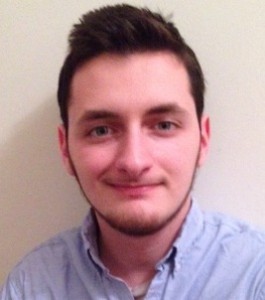 The correlation between workplace flexibility and productivity, morale, etc. is being debated in the business world. However, when it comes to health, a new study by researchers at the University of Minnesota suggests that models for workday time management that focus exclusively on accomplishments can confer health benefits.

The idea behind the so-called “Results-Only Work Environment” (ROWE) is to pay employees based solely on results, as opposed to hours spent in the office. Advocates of ROWE suggest that employees then have the freedom – and responsibility – to get their work done whenever, wherever they would like, as they are only expected to make measurable contributions to the organization without necessarily having to spend time commuting or working in the office. This approach has the potential to allow employees to spend less time during the day focusing on work, and more time focusing on their families, recreation, and health.

A 2011 study by the University of Minnesota research team suggested that “participating in the ROWE initiative directly increases employees’ health-related behaviors of sleep and exercise, as well as the likelihood that employees will not go to the workplace when sick and will see a doctor when sick.” Although the ROWE approach did not directly produce changes in measures of well-being such as sleep quality, energy, and self-reported health, there is evidence that such a system “directly improves health-behavior outcomes over a six-month period.”

The new 2014 study by the same team did not suggest that ROWE implementation reduces psychological time demand, but it did find that employees experienced an increase in sense of time control – a sense of time adequacy and schedule control. Furthermore, the study found that these factors can predict an increase in a worker’s energy, mastery, and self-assessed health, along with reductions in somatic symptoms, emotional exhaustion, and psychological distress.

“This study provides strong support for our hypotheses that time demands and time control are important job conditions that matter for health, net of classic job strain measures (job demands and job control), as well as measures of home strain (home demands and home control),” stated Phyllis Moen, the head researcher, in the study. “It thus builds on and extends the limited evidence to date on the health effects of the rising time strain experienced by growing numbers of workers.”

ROWE was originally developed by Jody Thompson and Cali Ressler at Best Buy in 2005. Some companies that have experimented with ROWE include GAP Retail and Yum! Brands, which oversees the restaurant chains KFC, Taco Bell, and Pizza Hut, among others.

Have you ever worked in a Results-Only Work Environment or with a more flexible schedule than the typical 9-5 job? Did you find that flexibility with your work hours affected your health? Share your thoughts in the comments section.