In recent days the Obama Administration has been intensifying outreach efforts to increase the number of young people who enroll for insurance coverage under the Affordable Care Act (ACA) before the March 31, 2014 deadline. 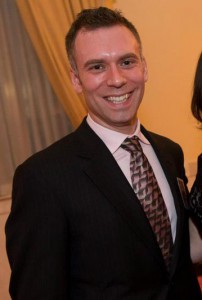 During a speech in Boston on Oct. 30, President Obama pushed back against criticism of ACA – which he signed into law in March 2010 – by seeking to draw parallels to the Massachusetts’ health care insurance law (“Romneycare”) that then-Governor Mitt Romney signed into law four years earlier.

“And if it was hard doing it just in one state, it’s harder to do it in all 50 states, especially when the governors of a bunch of states and half of the Congress aren’t trying to help. Yes, it’s hard, but it’s worth it. It is the right thing to do, and we are going to keep moving forward. We are going to keep working to improve the law, just like you did here in Massachusetts.”

Governor Romney, on the other hand, rejected the comparison, describing the “Obamacare” rollout as a “frustrating embarrassment” that has failed to learn “the lessons of Massachusetts’ health care.”

However, the two laws did face similar challenges at the start of their implementation, especially among young people. Romneycare saw an extremely low registration rate among younger demographics until the deadline. Likewise – although the White House set a goal of getting 2.7 million 18-34 year olds signed up through HealthCare.gov by the end of March – a recent study by the Commonwealth Fund revealed that only one in five people who visited the federal or state enrollment sites were 18-29.

A Dec. 4 article in The New York Times makes the case that many young people are likely to follow enrollment patterns that were similar to those in Massachusetts in 2006 – by pushing it off until the deadline hits.

“The experience of Massachusetts under Gov. Mitt Romney showed that most people, especially young people, acted only when they approached a deadline,” write Jonathan Weisman and Michael Shear, “and with the federal law, the deadline to have insurance or pay a penalty is months away.”

According to an Oct. 30 article in Business Insider, two former Massachusetts officials who played major roles in creating and rolling out the Massachusetts health law — Jonathan Gruber and Jon Kingsdale – say successful implementation of massive health care changes can come slowly at first:

“In Massachusetts, the officials said, only .03% of the share of Massachusetts residents who eventually enrolled for health insurance signed up in the first month the law went into effect. In the final month of enrollment, before the mandate to purchase insurance kicked in, more than 20% of the final tally signed up.”

Last week President Obama renewed strategies to increase enrollment rates by actively engaging young people, who are widely seen as critical to the financial stability of Obamacare. Addressing 160 participants from across the country at the Dec. 4 Youth Summit, the President urged “Millenials” – including DJs, entrepreneurs and organizational heads – to talk up Obamacare and get their peers to sign up on HealthCare.gov.

The Washington Post is reporting signs that enrollment among younger Americans is beginning to pick up, with a three-day total of about 56,000 from Dec. 1-3 – more than twice the number of online signups on HealthCare.gov during the entire month of October.

Now tell us what you think. Can Romneycare serve as an effective model for implementation of Obamacare, especially with respect to generating more signups among younger population demographics? What, if any, provisions from that law are applicable to rolling out the ACA? Have you tried to enroll on HealthCare.gov and were you successful?