What cancer patient would want to use trial and error with various chemotherapies when he or she could know first from a diagnostic that one agent in particular would result in the most successful outcome? 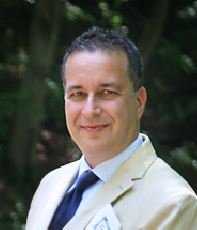 A new field has emerged, companion diagnostics, to help predict a patient’s compatibility with chemotherapy or other cancer treatments.  This is a game changer to help ensure drugs are given only to the patients most likely to respond to them.

According to the Food and Drug Administration (FDA), companion diagnostics already play an important role in determining which therapies are the safest and most effective for a particular patient.  By identifying treatments that work best for specific patients, less money is spent on those that do not work because patients no longer have to endure multiple treatments to find the one that is right for their case. Companion diagnostics, usually created in combination with targeted therapy, not only reduce cost and waste, but also reduce side effects for the patient.

Over the past several years, the FDA has approved the following five companion diagnostics:

Have you – or someone you know – ever been treated with one or more companion diagnostics? What was the experience like and would you recommend it for someone else?